TASS: the number of victims of an emergency at the Listvyazhnaya mine in Kuzbass increased to 57 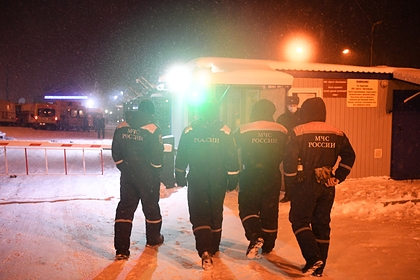 A source in emergency services said the number of people injured in the Listvyazhnaya mine accident in the Kemerovo Region has increased. This is reported by TASS.

According to the interlocutor of the agency, 57 people were injured, including mine rescuers who took part in the search and rescue operation.

Previously, the commander of the Kemerovo Militarized Mine Rescue Detachment, Yuri She said that 52 miners and rescuers who were in the Listvyazhnaya mine died due to a lack of oxygen and a high concentration of harmful gases. “In the gaseous atmosphere that has now developed at the emergency site, it is not possible to say that someone survived,” said the rescuer. He explained that people were poisoned by carbon monoxide, which is absorbed through the skin.