Studied the accident in Listvyazhnaya in 2004: the investigation of the incident will end with the search for the extreme 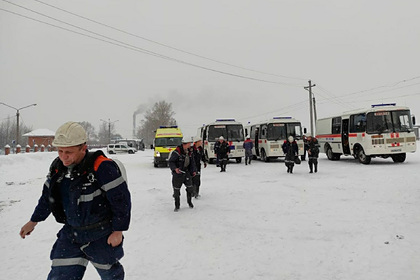 In the Kemerovo region, instead of looking for the real causes of the tragedy, they will most likely limit themselves to looking for the extreme. Such a development of events in a conversation with “Lenta.ru” was predicted by the first deputy chairman of Rosugleprof Ruben Badalov, who was investigating the disaster at the same mine in 2004.

Speaking about the disaster of 2004, Badalov said that then a gas bag was made in the mine “by accident or on purpose”, which was set on fire or blown up. Then 13 people died.

“A locksmith was sent to the face, which stood for a long time. Let me emphasize that he is experienced. He violated safety procedures, which was one of the reasons for the explosion. Something similar will probably be found this time too, “Badalov said.

According to him, in 2004 there was a certain connivance at the mine and little control over what was happening. “I think things are different now. I don’t want to get ahead of ourselves, but, most likely, today's accident was the result of several circumstances, ”he said.

The explosion and fire at the Listvyazhnaya mine took place on the morning of November 25. According to the version announced by the Deputy Prosecutor General of Russia Dmitry Demeshin, the cause of the accident was a methane explosion due to a spark. On the evening of November 25, it became known that 52 people were killed – 46 miners and 6 mine rescuers, but on November 26 it turned out that one of the rescuers survived. Another 63 people were injured.

The director of the mine, his first deputy and the head of the section were detained. A criminal case was initiated under article 217 of the Criminal Code (“Violation of industrial safety requirements for hazardous production facilities, resulting in the death of two or more persons by negligence”). A criminal case was also initiated on the negligence of Rostekhnadzor employees who checked the mine.