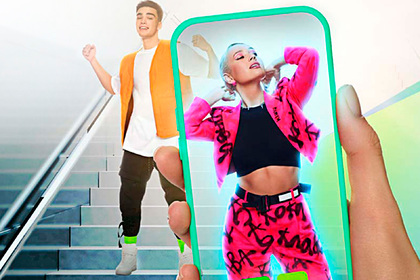 under the slogan “Dance with the stars, wherever you are!” At the same time, all videos in which the hashtag # SberDancers was used have already received almost 4 billion views and this figure continues to grow.

Within the framework of the # SberDancing project, anyone could dance with the digital avatars of Vera Brezhneva, Klava Koka, Vanya Dmitrienko, Anet Sai and Philip Kirkorov. The volumetric video could be viewed in a mobile phone browser in augmented reality on the project website. And TikTok users had the opportunity to take part in the # SberDancing challenge.

The participants raffled off iPhone 13 smartphones, SberBox Top TV boxes, SberPortal smart displays, as well as a special prize: publications in the accounts of dance duet stars with the winners. To participate, it was enough to post a video of the dance on social networks, add the hashtag # SberDances to the publication and mark Sber's official account. The results of the competition will be announced by the end of 2021.

# SberDancing became the first project in Russia that was filmed in the Volumetric studio developed by Sber AR/VR Lab. The project was implemented with the participation of SberMarketing.

“The success of the # SberDancing project has shown that Sber is a technological leader, including in AR technologies. The original idea and accessible mechanics – all this contributed to the high popularity of #SberDances, which became the main hit of TikTok in Russia. I thank the entire team that implemented the project and gave a large number of people the opportunity to show their talent and realize their dream – to dance and make a video with the stars, ”said Vladislav Kreinin, Senior Vice President, Director of the Marketing and Communications Department of Sberbank.