Estonian Prime Minister: Russia will have to pay a “high price” for the attack on Ukraine 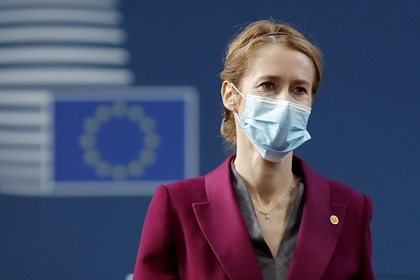 price “for the attack on Ukraine. She spoke about this after a meeting with French President Emmanuel Macron in Paris, Delfi reports.

Callas noted that France and Estonia have a general idea of ​​the measures that will need to be taken in the event of a full-scale Russian-Ukrainian military conflict.

“In fact, our position is unanimous and that we must give Russia a very clear signal that the price in the event of an attack (on Ukraine – Lenta.ru note) will be so high that it's just not worth it, “she said.

At the same time, the Estonian prime minister did not name specific steps that the countries would be ready to take in this case. “Whether these will be additional sanctions or something else, is still to be discussed,” Callas concluded.

Earlier, the head of the republic’s Foreign Ministry Dmitry Kuleba spoke about the price of Russia's attack on Ukraine. According to him, Kiev is not trying to guess what Russian President Vladimir Putin is thinking, but they are working to form his understanding that “a new attack on Ukraine will be too expensive.”