Roskosmos: the last Russian module docked to the ISS on November 26 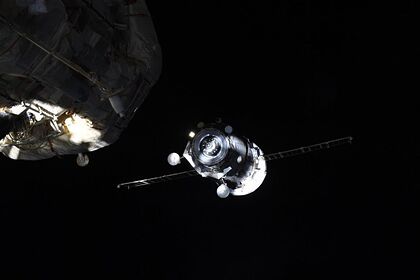 The last Russian module docked to the ISS on November 26 at 18:26 Moscow time.

Branch the instrumentation compartment from the Prichal is scheduled for December 22 at 01:20.

The Soyuz-2.1b rocket with the Progress M-UM transport cargo vehicle and the Prichal nodal module has been launched from the Baikonur cosmodrome to the ISS on November 24 at 16:06.

In November, astronautics historian Alexander Zheleznyakov told TASS that during the launch of the Prichal node module to the ISS with the help of the Russian Soyuz-2.1b rocket a record to be set. The agency recalled that the maximum load put into near-earth orbit by Soyuz-2 is 8.25 tons, while 8.18 tons will be launched on November 24.

In the same month, Roskosmos reported that the rocket Soyuz-2.1b, which is to launch the last module for the Russian segment of the ISS, was taken out and installed on the launch pad at the Baikonur cosmodrome.

In July, a Proton-M rocket was launched from Baikonur to the ISS with module “Science”.