In the Murmansk region, 76 percent of the activities from the Smart City standard have been completed 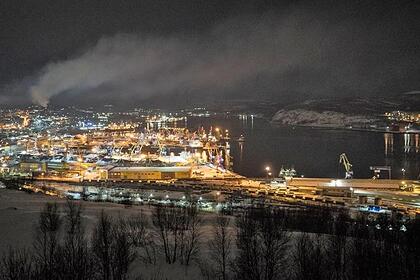 Currently, in the Murmansk region, 76 percent of the activities from the Smart City standard have been completed. In the Kola Polar region, a special portal “Our North” has been developed today to improve the quality of life and the appearance of the region through the active involvement of residents of the region. This was stated by the Governor of the region Andrey Chibis at a meeting of the working group of the Ministry of Construction, Housing and Utilities of the Russian Federation on the launch and implementation of the departmental project of digitalization of the urban economy “Smart City”. The head of the region presented the experience of developing the initiative in the Murmansk region. The event was held under the leadership of the Deputy Minister of Construction, Housing and Utilities of Russia Konstantin Mikhailik.

“We are doing“ Smart City ”within the framework of the regional project“ Smart Region ”, which today covers all municipalities of our region and is implemented on a single platform. To date, we have also identified 10 key areas of digitalization for ourselves and are moving forward with overfulfillment of the plan. Our main approach is to digitize not a separate municipal economy, but this is a platform solution at the level of a constituent entity of the Russian Federation, ”stressed Andrey Chibis.

According to the head of the region, today the portal “Our North” has more than 40 thousand users and every eighteenth inhabitant of the Murmansk region is registered there. “For two years of its work, about 25 thousand problems have been considered, and specific messages have been worked out from the point of view of” it was – it is now “. In addition, 75 votes were held in various categories, which we are constantly increasing. At the beginning there were about 10, now – 73 “, – said Andrey Chibis.

One of the significant components of the project, Andrey Chibis, also called the creation of a monitoring system for harvesting equipment. According to the governor, since the beginning of the year, more than 24 thousand tasks for cleaning territories have been worked out, and the number of complaints from northerners in the winter period decreased by 10 percent compared to the previous year.

Currently, 200 public transport routes and 414 pieces of equipment are included in the Unified Digital Platform for Regional Management, which are monitored online. Thanks to this, it was possible to save more than 10 million rubles a year by optimizing the management and control processes of regular transportation.

The Governor, among other things, presented to the participants of the event and further plans for the development of the “Smart Region” project in the Kola Arctic … Among them – the launch of a Unified Card for a resident of the Murmansk region as a system for providing benefits to northerners, attracting partners to the project, creating an Arctic Data Processing Center to meet the digital needs of the developing business sector and ensure the security of data storage of information systems in the region. In addition, the plans include the emergence of an IT-technopark for the formation and development of the IT-community of the region.

At the end of his speech, Governor Andrey Chibis proposed to hold the next forum dedicated to the project of digitalization of the urban economy “Smart City” in the Murmansk region … The initiative of the head of the region was supported by the Deputy Minister of Construction, Housing and Utilities of Russia Konstantin Mikhailik.