TV presenter Olga Buzova on hospitalization due to hand injury: from morning to evening, procedures 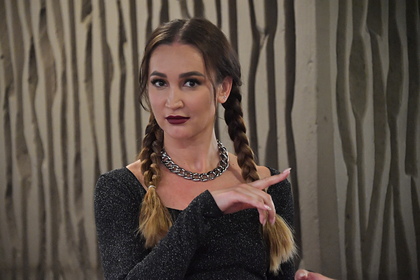 Russian TV presenter and singer Olga Buzova, hospital hand injury, revealed the details of her condition. The corresponding post appeared in the story of her Instagram account.

“I'm going crazy here alone, but it's just necessary now. It is difficult to write with the left hand, so even the question/answer [heading] cannot be arranged. From morning to evening, hand procedures, droppers, and so on, “the TV presenter shared.

According to Buzova, the doctors' forecasts are” not very good “: the healing process will be long. The singer noted that the doctors began complex treatment, and so far she only has to work and restore the brush with specialists.

The fact that Buzov was hospitalized became known on November 22. According to the TV presenter, she received a hand injury while participating in a television show. She clarified that recently she was under the supervision of doctors, and it was they who insisted that she go to the hospital.

Prior to this, the TV presenter's PR agent Anton Bogoslovsky spoke about her health problems. He said that for a long time Buzova has been struggling with the consequences of the hand injury she received while filming one of the TV projects. According to him, the singer did not pay due attention to her health due to her busy work schedule.