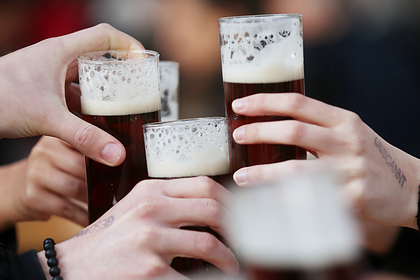 Alcohol shortages may arise in Britain due to a shortage of truck drivers. A letter with such a warning from members of the Wine and Spirits Trade Association (WSTA) was sent to British Transport Minister Grant Shapps, reports The Guardian.

Members of the association, notably Pernod Ricard and Moët Hennessy, said the growing costs of the companies and problems in logistics in the UK have delayed the supply of alcoholic beverages. This, in turn, creates a threat that stores will face a shortage of goods. Alcohol producers also predict that the shortage of truck drivers could be exacerbated by the coming holidays. At this point, imports have already begun to take five times longer than a year ago.

WSTA notes that transportation costs for UK alcohol producers have risen by about seven percent due to forced wage increases for truck drivers to keep them at work. This creates additional challenges for small businesses in the industry.

At the same time, the members of the association stressed that the delivery time is becoming more and more unpredictable, increasing the risk of a shortage of certain goods. “There is growing confidence among our members that unless urgent action is taken, the shipping industry will plunge into even greater chaos. We are already seeing serious delays in the delivery of wine and spirits, increasing costs and limiting the range of products available to consumers, ”said WSTA Executive Director Miles Beale.

To solve the problem, the companies asked the head of the ministry to extend the temporary visas for migrant drivers, which expire in February 2022, for another year. “The government must do everything it can to ensure an acceptable working environment for British businesses during and after the holiday season,” Beale said. At the same time, some drivers have already stated that they are not going to return to Britain on the previously proposed conditions of the government of the country, demanding longer-term prospects and higher wages.

British alcohol producers were not the only ones who announced a possible shortage of their products from – for problems with logistics. American companies have also reported that alcohol shortages may occur in the United States. So, producers of whiskey, tequila, vodka, as well as winemakers have been warned that they are forced to bottle alcohol in a limited number of bottles of a certain size due to the lack of glass containers. The shortage was also linked to growing consumer demand, labor shortages and production delays for foreign companies.