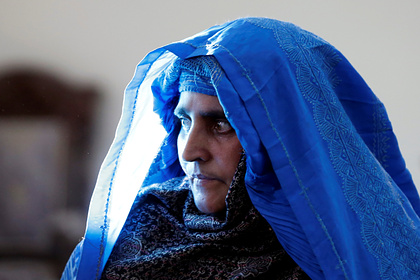 An Afghan woman named Sharbat Gula, famous for her cover photo of National Geographic, was evacuated to Italy due to the unfavorable situation in the country. This is stated in a message on the website of the Italian government.

“Following the appeals from a number of representatives of civil society and non-governmental organizations, the Prime Minister of Italy organized her transportation to Rome,” the press release says. This took place as part of a program to evacuate Afghan citizens and the Italian government's plan to welcome and integrate them.

Afghan woman Sharbat Gula became famous as the local “Mona Lisa” after her picture was taken by a photographer in 1985 Steve McCurry in a refugee camp, hit the cover of National Geographic. The girl's name was not known for a long time, she was most often called the “Afghan Mona Lisa.”

In 2002, National Geographic found the heroine of its cover in Afghanistan, and then was able to officially establish her identity. McCurry also met Sharbat Gula and recognized her as the Afghan Mona Lisa.