In Moscow, officials refused to give medicine to a dying 10-year-old girl, despite a court ruling 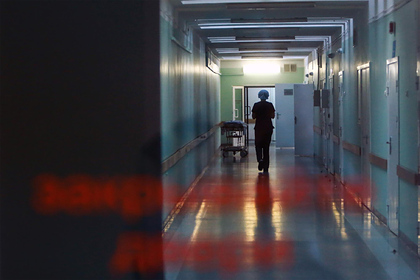 – for a protracted trial with officials. Maya Sonina, director of the Oxygen charitable foundation, announced this on her Facebook page.

According to her, the Russian woman was diagnosed with respiratory system diseases from the age of three. A bacterial flora has formed in her lungs, which is dangerous for breathing. This condition is called cystic fibrosis. Sonina said that the mother of the sick girl began to sue for the drug “Trikaft” a year ago.

In September, the court granted the claim for the issue of drugs. However, the health department of Nizhny Novgorod, according to Sonina, several times asked the girl's attending physician to change the decision of the council on the issue of drugs, so that the formulations were more correct. In the meantime, the regional budget for this year ended, and the drug was promised to be issued in February 2022, but the girl died without waiting for the drug.

Cystic fibrosis is a rare systemic hereditary disease. It appears due to a gene mutation that leads to dysfunction of the respiratory organs.

Earlier, the Tverskoy District Court of Moscow refused to receive free medication for spinal muscular atrophy to a 33-year-old associate professor of the Department of Theater and Cinema History, a history specialist musical theater, teacher of the Faculty of History and Philology of the Russian State University for the Humanities Peter Vorotyntsev. The drug for a fatal disease should be dispensed free of charge, but to obtain it you need to go through a number of procedures.