Serbian President Vucic: relations between Moscow and Belgrade are at the highest level 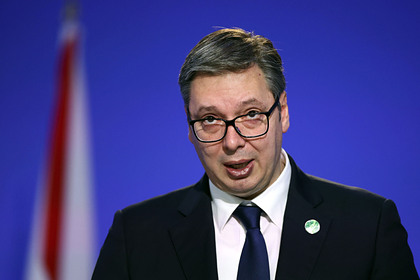 Serbian President Alexander Vucic praised the current relations between Moscow and Belgrade during a meeting with Russian counterpart Vladimir Putin in Sochi. The words of the state leader are reported by TASS.

“I believe that relations between Serbia and Russia are at the highest level in history,” the politician said. He also stressed that cooperation with the Russian side in the military-technical sphere continues to strengthen, and Belgrade hopes for new agreements in this area.

Earlier, Vucic said that Serbia's economic success was made possible thanks to friendship with Russia and China … He also said that huge investments in the national economy come from the European Union. At the same time, the Serbian leader stressed that Belgrade's policy should remain independent and sovereign.