TGStat: the post of the State Duma speaker Volodin about QR codes got a record number of responses 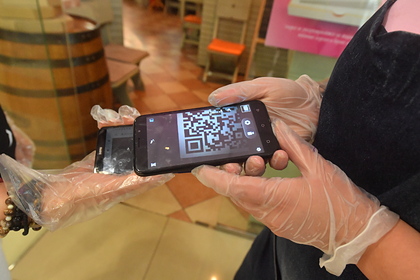 The post of the State Duma speaker Vyacheslav Volodin communications from subscribers on the topic of bills on QR codes, became the most popular in Telegram in terms of the number of comments. This was reported by the Russia Today Telegram channel with reference to TGStat.

At the moment, Volodin's publication has collected about 580 thousand views and more than 380 thousand comments. According to the company's rating, the post of the State Duma speaker received a record number of lively responses.

“There are, of course, other posts with 600,000 comments, but judging by the content of these comments, someone was just experimenting. Regarding the analysis of Volodin's post, a cursory glance clearly comes across quite deliberate long comments on the topic, “- reported in TGStat.

The company's researchers compared the post of the politician with the popular publications of the founder of Telegram Pavel Durov. As noted in TGStat, two posts by Durov on the introduction of advertising in the messenger in total collected about 53 thousand comments.

In a post that received hundreds of thousands of comments, Volodin announced the intention of the State Duma to discuss in detail the bills on the introduction of QR codes … He noted that it is important for parliament to get feedback, for this reason he opened comments on the publication.

Earlier Volodin's post was commented on by the press secretary of the Russian President Dmitry Peskov. He said that the Kremlin welcomes any method of obtaining reliable feedback from the population. However, he noted that the Kremlin has no plans to conduct similar polls on social networks yet.