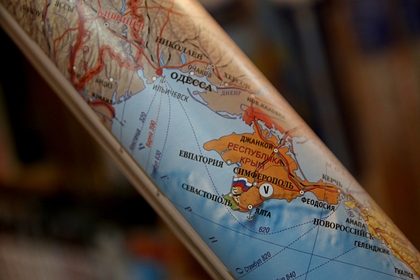 which Crimea is depicted as part of Russia. The press service of the department announced this on its Facebook.

It is reported that Ambassador Sergei Pogoreltsev appealed to the Minister of Education and Training of Spain, Pilar Allegria Continente, and called for the withdrawal of the entire circulation. “A grave mistake was made in the Social Sciences 6th grade secondary school textbook from Edelvives. The question of withdrawing the entire circulation was raised, and a request was also made not to allow this ministry to approve such textbooks for Spanish schools in the future, ”the embassy said.

who twice called the Crimean peninsula Russian. The Ukrainian Foreign Ministry reported that such statements do not contribute to the development of good-neighborly relations between Ukraine and Bulgaria and are at odds with the official position of Sofia.

In early November, Russian President Vladimir Putin said that the territories of Crimea and Sevastopol will remain with Russia forever, so as it was the choice of the people. He noted that the country has regained its historical unity.