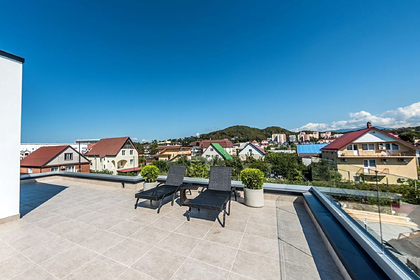 the elite village of Sirius in Sochi, and described it with the phrase “so bold that it already enrages.” He shared his impressions of what he saw in a blog on the Yandex.Zen platform.

According to the vacationer, the village is located almost at the Abkhaz border in the Imereti Valley, it appeared recently, and entry there is possible only with passes. “The houses are small, several stories high. The area between them resembles a park – palms, evergreen trees. Paradise, in a word, “the man described.

At the same time, he clarified that Imeretinka is not like the rest of Sochi – there is only a resort, luxury apartments and a marina for yachts. “Not even Russia, but something else, rich, foreign,” the tourist shared.

In the pictures that the blogger posted on the channel, it can be seen that the quarter is built up with elite residential complexes, and expensive cars.

In addition, the Russian spoke with a local taxi driver to find out who owns the village. During the conversation, the traveler found out that all the objects are owned not by local companies, but by the capital. “Personally, my feelings during a walk are so fat that they are already enraged. Excuse me, “he concluded.

In October, Russian businessman and billionaire Igor Rybakov visited Sochi, was outraged by the poor state of the beaches of the Krasnodar Territory resort and described the embankment with the words” as if construction is underway. ” According to the businessman, after visiting the city, he had the feeling that he had not visited a resort, but a hole.