In Perm, by September 2022, the former dacha of the patron Alexander Sinakevich will be restored 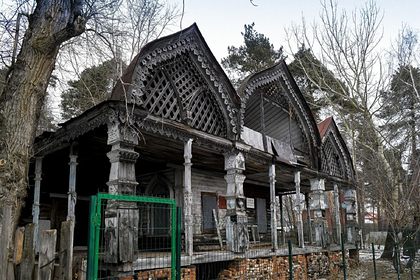 Alexander Sinakevich. The head of the city, Aleksey Demkin, announced this on his Instagram.

It is known that the building on Tantsorova Street in the Kirovsky District is a cultural heritage site. “The main task of the restoration is the maximum preservation of the authentic details of this building, the recreation of wooden structures and architectural decor. The city center for the protection of monuments will control the contractor at all stages so that he can restore the mansion in the form in which the architect conceived it at the turn of the 19th and 20th centuries, “the head of Perm stressed.

Sinakevich's dacha ”will last until September 2022. First, it is planned to strengthen the supporting structures and replace the foundation, and then – the installation of the roof, repair of balconies, recreation of the lost elements of the facade, restoration of the stove.

Earlier in October, it was reported that restoration of sculptures on the facade of the Royal Gate began in Kaliningrad … The cultural heritage site belongs to the monuments of federal significance. On the main facade of the gate there are five coats of arms, as well as high reliefs of King Frederick I of Prussia, Duke of Prussia Albrecht and King of Bohemia Otakar II.