Foundation for the Protection of Urban Animals: more than 70 thousand stray cats live on the streets of Moscow 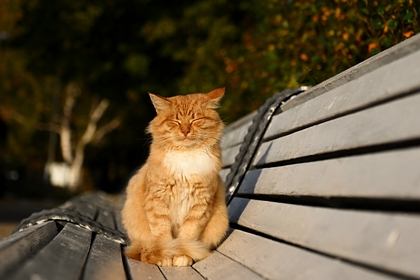 streets of Moscow, the Foundation for the Protection of Urban Animals reports on its Instagram.

The calculation was carried out within the framework of the Zoomonitoring project, which was implemented with grants from the mayor of the capital, Sergei Sobyanin, with the assistance of the Severtsov Institute of Ecology and Evolution. During 2021, volunteers carefully counted the number of cats on Moscow streets. More than 70 thousand individuals have been identified within the old Moscow, including Zelenograd. The territory of New Moscow was not taken into account.

The calculation was carried out in two stages: in summer and in autumn. It became known that the most popular habitat for cats is sleeping high-altitude areas. The Fund also urged to oblige developers to inspect houses before demolition in order to save animals – now this is done in exceptional cases.

Earlier it was reported that volunteers in Kazan would count stray dogs. It was announced that veterinarian students with teachers will walk around the ten areas of the city where the largest number of stray dogs live, take pictures of the animals and make their descriptions: they will indicate the age, sex, height, presence of a collar or tag, external health status and social character of the individual. p>