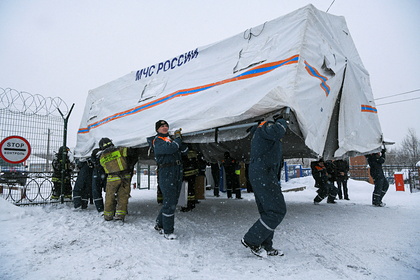 Former miner Timokhin at the Listvyazhnaya mine in the Kemerovo region may be associated with the requirements of the coal mining authorities. He told Lente.ru about this.

“Our guys worked on the orders of the director: give more, get more money. For example, 100 thousand tons must be issued per month – we tried to give out such a volume. And if not, the boss swore: here, you are lagging behind, we need to increase the pace! And on the 25th the guys lagged behind, and the boss, you see, ordered more to go. They drove off and just didn't get there… “, – he explained.

Timokhin also spoke about gross violations of working conditions by the management of the mine. “Six, seven, eight percent of methane – the lava [harvester] is moving. Put, he says, jumpers on the harvester and drive on. And at two percent, the harvester is cut down. Well, type so what? They put jumpers and move on. Director's order, “the miner said, adding that the head of labor protection was at the same time with the director on this issue.

Earlier it was reported that, according to preliminary information, the death toll at Listvyazhnaya increased to 52, including six mine rescuers. It also became known about the detention after a fire at the mine of the director, the first deputy director and the head of the section. According to the UK, they “violated the industrial safety requirements of hazardous production facilities.”