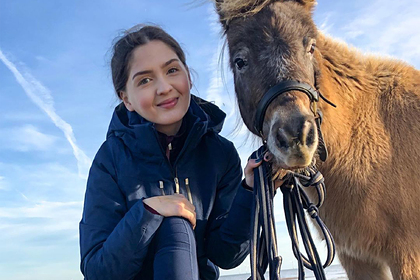 , that she should not have been born, and sued her mother's attending physician. The Daily Mirror reports.

Toombs said she suffers from spina bifida. She considers Dr. Philip Mitchell, who advised her mother before and during her pregnancy, to be at fault for the development of the pathology. As the girl explained, the doctor did not warn the patient that when planning a pregnancy, it is recommended to take supplements with folic acid, which prevents defects in the neural tube of the fetus, including the development of Spina bifida.

“I only didn’t sleep when I ate and went to the toilet.” A mysterious disease confined the American to bed. After 11 years, he cured himself himself 00:04 – 15 August 2019

Children of the Night These people are killed by the rays of the sun. They hide from the light and go out into the street after sunset

The British woman sued Dr. Mitchell and demanded millions of pounds from him in compensation for allowing her to be born. The doctor did not agree with the girl's accusations. He claims that he could not be so wrong, because he recommends that all patients planning a pregnancy take the appropriate supplements.

The case continues. It is not known at this time whether Thumbs will receive the compensation he is seeking.

Spina bifida is an incurable condition that can worsen with age. It occurs in a child in the first month of the mother's pregnancy and may be accompanied by paralysis and an inability to control urination and defecation.

Earlier it was reported that a woman born with severe spina bifida decided to amputate her leg in order to save the baby. After the removal of the leg, the woman's pregnancy proceeded without complications.