The death toll at the Listvyazhnaya mine has increased to 52, there are no survivors 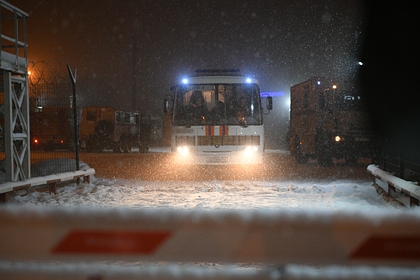 The death toll at the Listvyazhnaya mine in the Kemerovo region to 52. TASS reports this

According to preliminary data, no one was left alive in the mine. 52 people died, including mine rescuers

The incident became known on the morning of Thursday, November 25. At that moment, there were 285 workers underground, of which 43 people were injured. They were hospitalized, four of them in serious condition, 39 – mild and moderate.

Mourning was declared in the region from November 26 to 28.

Deputy Prosecutor General of Russia Dmitry Demeshin named the preliminary reason for the emergency at the Listvyazhnaya mine. According to him, most likely, this happened due to the explosion of methane. “Most likely, it was a methane explosion, due to the fact that there was some kind of spark, which entailed an explosion and a dynamic impact. He injured people who could not get out, ”the Deputy Prosecutor General said.

Prior to this, it was noted that the cause of the fire in the mine could be the ignition of coal dust – the smoke through the ventilation spread throughout the mine.

After the fire at the mine, the Investigative Committee opened a criminal case. The director, the first deputy director and the head of the section have already been detained.

The department clarified that the detainees violated the industrial safety requirements of hazardous production facilities. “As a result, a gas-dynamic phenomenon occurred. Smoke began to fill the ventilation drift of section No. 4, as a result of which the workers who were in the mine suffocated, “said the Investigative Committee.

Official representative of Rostekhnadzor Andrey Vil said that inspections in 2021 at Listvyazhnaya revealed 914 violations. Since the beginning of the year, 127 inspections have been carried out at the mine, and the operation of the facility has been suspended nine times. The total amount of fines exceeded four million rubles.

The last time a fatal accident occurred at Listvyazhnaya was almost five years ago. Then the incident was related to security breaches.