Press secretary Peskov: Russia has nothing to do with the “Havana syndrome” 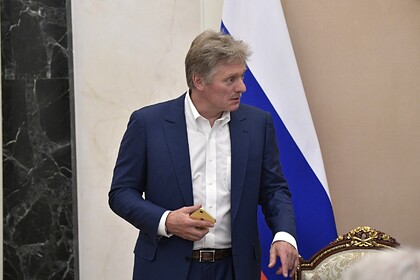 Russia has nothing to do with the “Havana syndrome” from American diplomats. This was stated by the press secretary of the President of Russia Dmitry Peskov, RIA Novosti reports.

The Kremlin spokesman denied the accusations of the head of the US Central Intelligence Agency (CIA), William Burns, who announced the possible involvement of Moscow in an unknown ailment. “This topic was in no way raised with Burns’s political interlocutors here in Moscow, and it was not touched upon with the head of state. As for the content of the conversation between Burns and his colleagues in the special services, I have nothing to say here – this is not public information, “he said.

Earlier, Burns threatened Russia with consequences if the American special services deemed it responsible for” Havana syndrome”. At the same time, the CIA director did not directly accuse Moscow of any actions against US diplomats.

At the end of April, it was reported that the Americans were investigating about 60 cases of an unknown illness among government employees in Miami. Later it became known about similar incidents with American diplomats in Vienna. In September, the US CIA evacuated a spy from Serbia due to neurological seizures similar to symptoms of the Havana Syndrome.

The Havana Syndrome was first reported in 2016, when US diplomatic officials and their relatives in Cuba complained symptoms such as hearing loss, nausea, headaches and balance disorders.