Miner: people left the Listvyazhnaya mine half-dead or carried them out in their arms 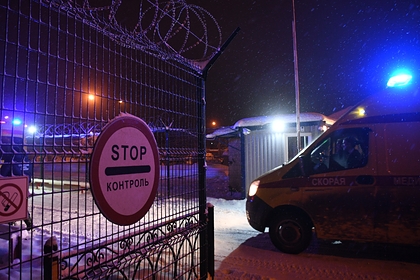 Two miners who worked for Listvyazhnaya “During the accident, in an interview with Telegram-channel Baza, they told about the emergency.

One of them noted that it was just the first shift, and he saw only smoke when he arrived at the place. “On the second shift we arrived, and in front of us they had already descended a certain distance,” he added.

The man also stressed that after that people began to return from the first watch, and many of them were in a half-dead state, and someone was carried in their arms. He noted that the miners themselves went into the mine, as far as they could, and carried people out of it. In addition, he said that for those who remained in the mine “nothing good is foreseen.” The miner added that there is no oxygen anywhere.

The second interlocutor of the Telegram channel said that it was already the end of the shift and he was going home when the explosion occurred. He noted that only a wave had reached him. However, according to him, he lost consciousness, as he did not manage to use the “self-rescuer” system. When he woke up, he began to breathe through it, was able to scramble out and find a fresh stream, the man said.

Earlier it was reported that the death toll at the Listvyazhnaya mine in the Kemerovo region had grown to 52, including mine rescuers.

The incident became known on the morning of Thursday, November 25. At that moment, there were 285 workers underground, of which 43 people were injured. They were hospitalized, four of them in serious condition, 39 – mild and moderate. Mourning has been declared in the region from November 26 to November 28.