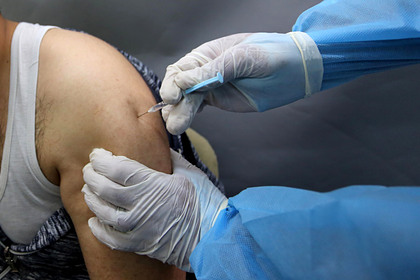 the edge was denied.

The primary source of information was the publication on the “Anonymous Chita” page in Instagram. The post contains a screenshot of a message on a social network, in which, probably, one of the parents claims that in the Trans-Baikal Territory, only children whose parents are vaccinated against COVID-19 can attend training. Such information, as follows from the message, was given to the parents by one of the coaches, while it is difficult to understand which sports school we are talking about, and whether this exactly refers to the Trans-Baikal Territory, besides the fact that the post was published on an Instagram account, where it is discussed life of the region.

The message is also accompanied by a quote, which the author cites as a slogan: “Nobody forces you! If you don’t want to be vaccinated, children will not study! ”. At the same time, it is not indicated to whom it belongs, which also emphasizes the unreliability of the information provided. Also noteworthy is the statement in the post that parents of children only need vaccinations to attend workouts, but those who have had COVID-19 can also get a QR code.

In addition, only children who are members are allowed to attend workouts. national teams and then, if they are preparing for the competition, all other events are transferred to a distance format. This was reported by the Ministry of Physical Culture and Sports of the Trans-Baikal Territory. At the same time, the deputy head of the department, Elena Borisova, emphasized that there was no order that a parent should have a QR code.

“We have training classes are allowed only for members of the regional teams, and then only if they are preparing to the competition, everything else should be switched to remote mode by December 1. There was no order on the need for a parent with a QR code from the Ministry of Sports, “Borisova said in a comment to the Chita.Ru news agency, adding that members of national teams must wear a mask and have their temperature checked before class. .

The publication did not receive wide coverage in the media. The Chita.Ru edition transmitted this information from the position of refutation.