War on the Rocks: the Russian army is not capable of a long war outside the country 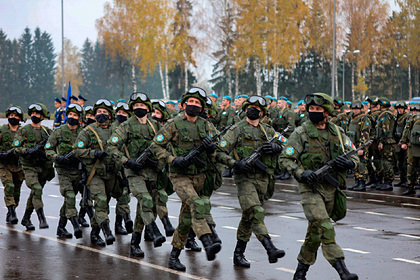 The Russian army is not capable of waging a long war in Europe, because has limited logistics capabilities, writes military analyst Alex Vershinin in the American edition of War on the Rocks.

The publication claims that the main route of supply for the Russian army is the railway system, which is developed in the countries of the former USSR. It is noted that Russian railways are distinguished from most western ones by a wide track. It is substantiated that damage to key railway junctions in countries bordering on Russia will create problems in the supply of the Russian army in the event of its attack on Europe.

According to Vershinin, this circumstance means that the Russian army is capable of lightning war in countries bordering on Russia, but has limited capabilities to conduct full-scale military operations in large European spaces. The author is confident that pulling the Russian army away from its large logistics hubs will allow NATO to increase its capabilities in the conflict zone.

In October, the American edition of Breaking Defense wrote that the joint exercises of Russia and Belarus “West-2021” have officially ended. leaving behind the “main question” for the Russian army. “The real question from which to start evaluating the exercise is not what Russia brought with it, but what Russia left behind,” the publication said.

In September, Defense24 wrote, that the basic scenario of the Russian offensive against Poland and Lithuania presupposes the advance introduction of Russian troops into Belarus, which was worked out by Moscow and Minsk during the rear part of the West-2021 joint exercises.

In August, the same Polish edition noted, that the current state of the Russian army does not allow ignoring its capabilities in conducting operations and regrouping forces, as well as redirecting the Russian economy to the rails of military construction.