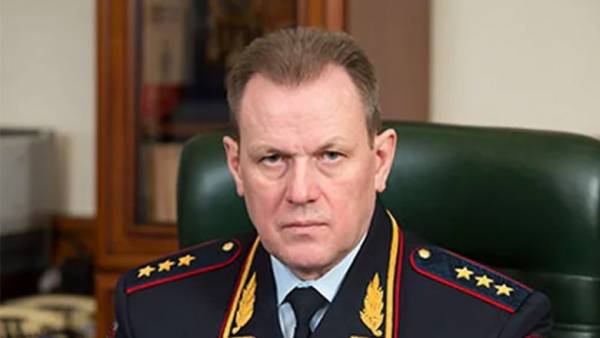 General Kalashnikov was appointed head of the Federal Penitentiary Service on October 8, 2019, replacing Gennady Kornienko, a native of the FSB, in this position. The latter, despite & nbsp; numerous scandals related to the & nbsp; criminal prosecution of his subordinates, including & nbsp; including deputy Oleg Korshunov (may soon be released from punishment in & nbsp; ties with & nbsp; a serious illness), held out as the & nbsp; head of the country's seven-year penitentiary system. , having left the position by & nbsp; reaching the age limit. His predecessor, we note, was the ex-head of the Ministry of Internal Affairs for the & nbsp; Samara region, Alexander Reimer. After leading the FSIN for three years, the Colonel-General went through the & nbsp; stage to the & nbsp; colony of the Kaliningrad region, where he is serving an eight-year sentence for & nbsp; fraud with & nbsp; electronic bracelets, working as a librarian. Note that & nbsp; the & nbsp; same & nbsp; colony recently to serve sentences in & nbsp; seven and & nbsp; nine years for & nbsp; sent convicted Korshunov, but & nbsp; then the seriously ill prisoner was returned to the & nbsp; stage

General Kalashnikov, who previously headed the FSB department of the & nbsp; RF for the Krasnoyarsk Territory, began with & nbsp; cleaning up the system, sending to & nbsp; resignation and & nbsp; even under investigation a number of employees of the central apparatus and & nbsp; regional central administrations. They say that & nbsp; not & nbsp; without & nbsp; his participation in & nbsp; last year, the successor of Korshunov, Lieutenant-General Valery Maksimenko, who was later arrested for & nbsp; abuse of office, which led to & nbsp; disruption of the state program on & nbsp; & nbsp; compliance of Russian prisons with the world standards, left the department;

It was Alexander Kalashnikov who suggested more actively using prisoners where there are not enough workers, replacing labor migrants with them. The idea, thanks to which about 200 thousand people could get the right to & nbsp; replacement of punishment with forced labor, was supported by human rights activists, but it & nbsp; has not yet been & nbsp; implemented. 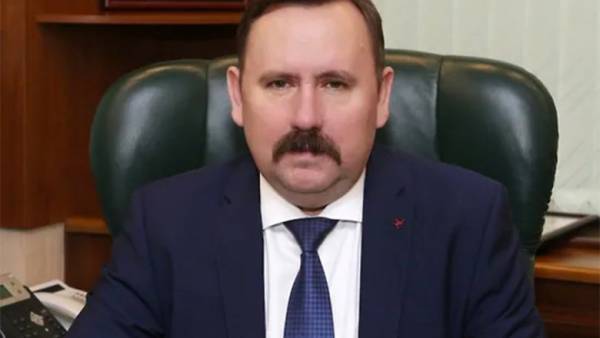 Moreover, & nbsp; in & nbsp; the department itself was the largest scandal in & nbsp; years of its existence. In early October, Vladimir Osechkin, the founder of the human rights project Gulagu.net, said that the organization received an order and & nbsp; took thousands of videos from & nbsp; Russia with & nbsp; recordings of torture and & nbsp; rapes in & nbsp; Saratov, SIZO, Irkutsk & nbsp; including in & nbsp; tuberculosis hospital & # 8470; & nbsp; 1 of the Federal Penitentiary Service of the Saratov Region.

In addition, the department supported the bill on & nbsp; strengthening responsibility for & nbsp; torture, prepared by human rights defenders, senators and & nbsp; deputies, however, the video footage filmed, by the way, not & nbsp; only during & nbsp; the time of the FSIN Kalashnikov, but & nbsp; and & nbsp; before & nbsp; it.

continued to be publishedThey say that against the background of the scandal, Kalashnikov was recommended to resign by writing a report to the president.

Lawyer Snezhana Muntyan, who dealt with cases of & nbsp; torture in & nbsp; correctional institutions of the Saratov region and & nbsp; currently representing Sergei Savelyev (he & nbsp; took out the video archive and & nbsp; was announced by the Ministry of Internal Affairs in & nbsp; search, but & nbsp; his criminal prosecution was completely illegal by the prosecutor's office) natural.

“ Great news, & nbsp; & mdash; said Muntian & ldquo; b & rdquo;. & mdash; There is an expression & ldquo; fish rots from & nbsp; head & rdquo;. It is very correct that & nbsp; Kalashnikov was removed from this position. I think his resignation should have happened a long time ago and & nbsp; not & nbsp; only resignation, because & nbsp; how can the head of the Federal Penitentiary Service of Russia be not involved in & nbsp; these tortures and & nbsp; not & nbsp; know about & nbsp; them? It is incredible that the manager does not & nbsp; know that & nbsp; is happening in & nbsp; his department, literally under & nbsp; under his nose.

Narusova recalled that & nbsp; at the & nbsp; discussion of the bill against torture, which took place at the & nbsp; Federation Council on November 22 & nbsp; she said that & nbsp; “ after the publication of materials about & nbsp; torture in & nbsp; Saratov, the leaders are leaving in a normal society & nbsp; & nbsp; & nbsp; “ But & nbsp; by the dismissal of one person, even a major leader, this problem cannot & nbsp; be eradicated, & nbsp; & mdash; the senator considers. & mdash; A system of measures is needed here, and & nbsp; in & nbsp; in this case, the main thing is & nbsp; & mdash; this is the supervision of the prosecutor's office. ''Service in the & nbsp; internal affairs bodies Gostev began with the & nbsp; position of an ordinary militiaman of a separate battalion of the patrol and guard service in & nbsp; Moscow. After graduating from the capital's higher police school, he began to work as an investigator. For several years he worked in the & nbsp; Department of Internal Affairs for the & nbsp; Southern District of Moscow, where he held the post of deputy head of department & mdash; chief of staff. Then he headed the public security militia in the & nbsp; GUVD of the capital, and & nbsp; after Vladimir Kolokoltsev was appointed head of the Moscow head office, Arkady Gostev became his deputy & mdash; chief of staff. Having switched to the & nbsp; position of Minister of Internal Affairs, Kolokoltsev took with & nbsp; himself to the & nbsp; central office and & nbsp; Gostev. General Gostev was appointed deputy minister, and the head of the department endowed him with broad powers. In the & nbsp; ministry, Arkady Gostev supervised the execution of instructions from the country's leadership, oversaw the headquarters and & nbsp; analytical work, the preparation of collegiums, inspections, the forensic center, was responsible for & nbsp; compliance in the & nbsp; department of the secrecy regime and & nbsp; civil defense. Interlocutors of Kommersant in the & nbsp; ministry they call him a man with a & nbsp; difficult character and & nbsp; “ an extra-class staff officer '' who, every document that got on & nbsp; his desk, personally read from & nbsp; and & nbsp; to & raquo; and & nbsp; rules down to & nbsp; commas.