Czech President Milos Zeman was diagnosed with coronavirus, he returned to the hospital 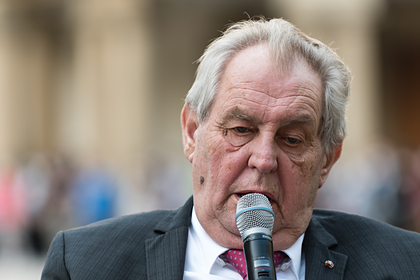 Czech President Milos Zeman contracted coronavirus, he returned to the hospital. This was reported by the Czech radio station Frekvence 1, citing sources.

Despite the fact that the president was diagnosed with an infection, he has no external signs of the disease. At the same time, according to Česká televize, Zeman received three vaccinations against coronavirus. The politician returned to the Central Military Hospital (CVH) in Prague, where he received treatment earlier.

On October 14, it became known that Zeman was diagnosed with hepatic encephalopathy. This disease is a serious complication due to acute or chronic liver failure. The 77-year-old politician was in intensive care on October 10.

Against this background, Czech Senator Milos Vystrchil demanded the resignation of President Milos Zeman. The fact that the president is not yet able to fully fulfill his duties was confirmed in early November by the head of the medical council. Despite this, Zeman left the hospital on November 25.