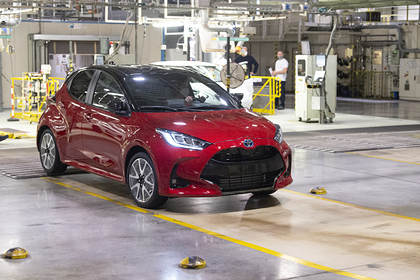 Car prices will rise in 2022 year, since the global market will continue to have problems with logistics and a shortage of microchips, according to auto experts and analysts interviewed by the Sekret Firmy newspaper.

The rise in car prices is much higher than inflationary processes, the situation will not change at least until the middle, and maybe by the end of 2022, the editor-in-chief of the magazine “Za Rulem” Maxim Kandakov predicted. He recalled that the rise in prices for cars is influenced not only by the pandemic, to which the factories have already adapted, but also by the crisis with the supply of chips. “So I can’t say anything particularly rosy,” the expert said.

According to Kandakov, if next year prices remain at the level of the current year, “it will be just happiness.” However, most likely, the cost of cars will rise by 10-20 percent, he said.

According to the observations of auto expert Igor Morzharetto, in 2021 prices for new cars increased by 20 percent, for used ones – by 30-35 percent. He believes that growth will continue next year, but not at the same pace as in early and mid-2021. “The purchasing power of our people is small, there are many who want to buy, but people see the prices and additional options that dealers are winding up, and many refuse to buy,” the expert said. Morzharetto believes that prices will rise in line with inflation, but if only the problem of the deficit of components can be solved. Otherwise, the rise in prices for cars will exceed inflation.

Autoblogger and presenter of the “Fox rules” channel Elena Lisovskaya believes that the problem is not in the rise in prices, but in the fact that dealers are selling cars with a very large amount of additional equipment … This trend will continue until the semiconductor problem is resolved. Lisovskaya is hoping to launch a new semiconductor plant in Taiwan in early 2022, although it is still unknown if it will actually open. She found it difficult to predict how much the prices for cars will rise.

In early November, Bankavto's car marketplace published a study in which it predicted a rise in prices for new cars in Russia by the end of 2021 by 4-5 percent. Experts named the increased demand and shortage of cars as the reasons for this growth.