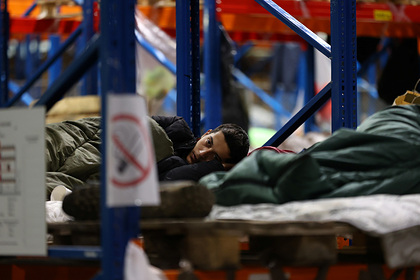 According to the Investigative Committee, the incident took place on the evening of November 21 at one of the sections of the Peschatka frontier post in the Kamenets region. An initial medical examination of a 33-year-old and 51-year-old Iraqi citizen revealed broken leg bones. They were hospitalized.

“According to the victims, it became known that they were in a group on the territory of Poland. There they were detained by local border guards, who beat them and expelled them to Belarus, “the Investigative Committee said. queues.

The migration crisis on the border between Poland and Belarus escalated on November 8, when thousands of citizens of the Middle East gathered on the border with Poland and Lithuania, trying to get into the territory of the European Union. The West believes that Minsk deliberately organized this situation.