“Lada.Online”: from December 1, prices for Lada cars will increase by 7-10 thousand rubles 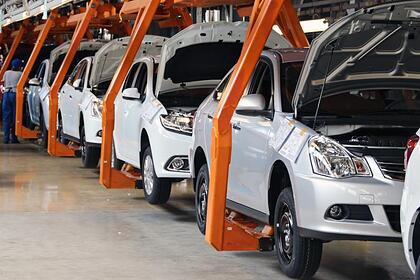 The largest Russian manufacturer “ AvtoVAZ is preparing the next, seventh in a row this year, increase in prices for the model range. The portal “Lada.Online” writes about this with reference to the letter of the concern to dealers.

Granta, with the exception of models with manual control, will rise in price by 7 thousand rubles, XRAY and Niva Legend – by 8 thousand, Niva Travel – for 9 thousand, Lada Vesta, XRAY Cross and Largus – for 10 thousand rubles. Prices for VIS commercial vehicles will rise by 8-10 thousand rubles. According to the terms of the agreement, the cost will also increase for previously delivered cars.

Earlier, the head of Rostec, Sergei Chemezov, noted that AvtoVAZ increased the cost of cars by an average of 9-12 percent over the year, that is, at the level of competitors .

Prior to this, it was reported that from mid-November AvtoVAZ will take control of the installation of additional equipment (carpet, engine protection, door deflector) in order to take most of the profit from additional options. They increase the prices for cars in the amount of 8 to 30 thousand rubles. The manufacturer needed additional funds amid problems with components.

Due to restrictions on production in October, sales of Lada cars in Russia fell by almost a third compared to the same period last year. However, they still turned out to be one and a half times higher than in September.