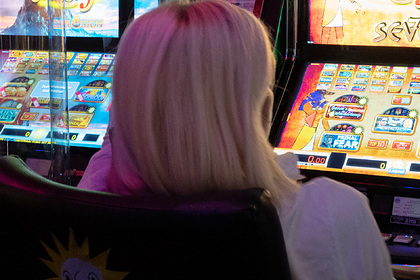 from the employer 940 thousand Australian dollars (50.4 million rubles) and spent it on gambling, which does not pay real money as a prize. ABC reports.

49-year-old Rachel Naomi Perry has appeared in court on charges of 25 counts of fraud. A woman stole money while working as an account manager at the Tasmanian Veterinary Clinic from 2016 to 2019.

It was only after the Australian was downsized in 2019 that suspicious banking transactions became known. Prosecutor Simone Wilson said in court that in three years and four months, a former employee of the vet clinic made 475 fraudulent transactions and stole a total of more than 940 thousand Australian dollars (50.4 million rubles).

Wilson said that Perry, who was the only person in charge of bookkeeping, transferred money from the hospital's bank account to various bank accounts, credit cards and loans in her own name. The police also found that in 2015, Perry fraudulently took a credit card for 30 thousand Australian dollars (1.6 million rubles) in the name of her husband without his knowledge and spent about 24 thousand dollars (1.2 million rubles).

In November 2019, she was interrogated by the police, and the woman immediately pleaded guilty. Perry told police that she had been gambling called Heart of Vegas for four years and spent all her money on it. “It's like playing a slot machine where money is spent buying coins and credits. But the purchased loan never turns into real money. She could not explain why she played this game, if she knew in advance that she would not receive a win, “Wilson explained.

Perry said that she understood that she was in trouble with the law, but decided to continue playing until until the police knock on her door. Perry's lawyer Greg Barnes said the woman has been gambling since she was 18. She once spent 16 straight hours in front of slot machines.

Psychiatrist Michael Jordan diagnosed Perry with severe gambling. “He believes that this disorder is the most significant factor that led her to cheating. Her addiction was thoughtless, with no hope of financial gain, “Barnes said.

He said that Perry deliberately began therapy, and she will need to continue these studies when she is in prison. The man said that his client was depressed. Her marriage was ruined and she knew she would receive a lengthy jail sentence.

Veterinary services initiated civil proceedings in hopes of getting the money back, but Barnes said it was unlikely that Perry would be able to pay it back to his former employer. … The woman is currently in custody awaiting sentencing.