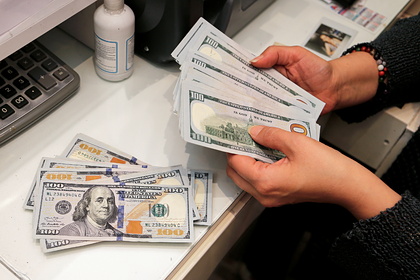 A Reddit user shared a story about how she robbed her husband, to help her friend escape. The woman added that she refused to apologize to the cheated husband and found support among commentators on the network.

The author of the post noted that she grew up with a friend, whose name is Ana, and explained that they consider each other sisters. “When I got married, Ana was the only one who asked me if I really wanted this. When I admitted that I was very scared, she offered me help in escape, although she understood that it would be dangerous for both of us, “she recalled.

The heroine of the story did not specify in which country she lives, but she said that forced marriages are practiced there. According to the woman, she was married by agreement. They planned to do the same with Ana.

That is why the narrator's friend decided to run away from home before she was supposed to be married. To help her, the woman secretly took money from her husband's safe and gave it to Anya. The man almost immediately noticed the loss and asked his wife why she took the money without asking. She replied that she spent them on a shopping trip.

However, in the end, the man still found out what really happened to his money, and became very angry. “My husband asked me if I was going to apologize for the theft or reveal Ana's whereabouts. I said no, because my friend would have done the same. She would never say where I am hiding, “- shared the author of the post.

In the comments, many supported the narrator. “Stealing is bad, especially when you steal from your husband, but I understand why you didn't tell anyone about it. You didn't want to endanger your friend, ”wrote one of the users. The commentators also urged the woman not to reveal where Ana was hiding, and wished them both good luck.

Earlier, another Reddit user told the story of how she escaped from her birthday party when she saw there an unexpected guest – a sister. She explained that she had a falling out with a relative several years ago and did not want to communicate with her.