BBC journalist Rosenberg: when I asked Lukashenko about Putin, he was annoyed 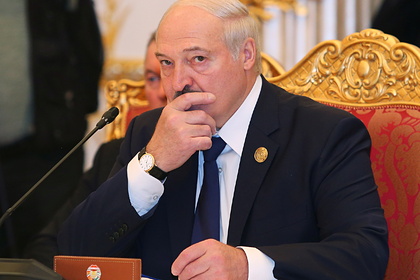 British journalist BBC si ”Steve Rosenberg, who interviewed President of Belarus Alexander Lukashenko, spoke about the most nervous part of the conversation with the head of the republic. He mentioned this on the air of the radio station “Echo of Moscow”.

Thus, the reporter drew attention to the fact that the Belarusian leader could talk at length about the migration crisis or the events of 2020, while his statements about the Russian colleague Vladimir Putin were laconic.

“When I asked questions about Putin, he was annoyed. The topic of relations with Russia is clearly quite sensitive for him, “he described the interviewee's reaction in the BBC Russian Service podcast.

Rosenberg also assessed Lukashenko's behavior during the interview in general. According to him, the conversation began rather abruptly – the president came, the interlocutors sat down and began recording without preamble. “Of course he was different [before and during the interview]. Either he said to me “Don't lie” or “What are you darkening, Steve,” then in “you” and somehow respectfully, ”he explained.

The journalist recalled that at the end of the conversation, the Belarusian leader said “Do not be offended, you yourself started all this,” and then offered to conduct another live interview.

On November 19, Lukashenka gave an interview to the BBC TV channel. During the conversation with Rosenberg, the President, in particular, spoke about the aggravation of the situation on the border with Poland and relations with Europe in general, assessed the possibility of a nuclear war with NATO and Russia, and also commented on the political situation in Belarus and responded to calls for dialogue with the opposition …