Senator Pushkov: Moldova needs to pay its bills, Chisinau may rush to thank the United States 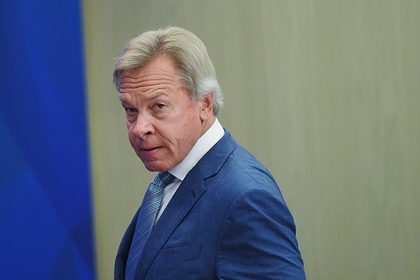 This is how the senator commented on the Moldovan Deputy Prime Minister's statement that he hopes to discuss the issue of payments with the head of Gazprom on November 24.

discuss? We have just discussed everything and signed a contract, according to a Gazprom spokesman, “practically on the terms of Chisinau.” Now Moldova has to pay on current accounts. Of course, instead, Chisinau may again rush to thank Washington – for everything in the world. But this is unlikely to help warm Moldova in winter without paying for gas, “he wrote.

The contract signed between Moldova and Gazprom at the end of October assumes that gas will be supplied within five years, subject to 100 percent payment current debts for gas. Spinu warned that the government would later inform Gazprom about measures to pay off the debt, as the authorities need more time to make a decision.