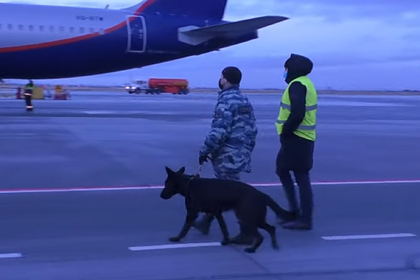 the eyes of eyewitnesses due to the fact that they did not share the space on board. Details of the incident were published by “Ministry of Internal Affairs Media”.

The incident took place on Wednesday, November 24. The duty station of the Abakan line department of the Ministry of Internal Affairs of Russia received a message that on the flight from Moscow to Abakan, there was a fight between two tourists.

The reason for the conflict was the seat in the cabin of the liner. One of the Russians insulted and pushed the companion of the other, for which the latter punched his opponent in the face. The men were separated by members of the flight crew and one of the eyewitnesses.

After the landing of the liner, the troublemakers were detained by the transport police and taken to the duty station. At the moment, the reasons and circumstances of the incident are being established. With regard to men 28 and 37 years old, protocols were drawn up under Part 1 of Article 20.1 of the Code of Administrative Offenses of the Russian Federation (“Petty hooliganism”).

Earlier in October, a passenger on the plane violated safety rules and refused to leave the plane. The crew of the aircraft that arrived from Darwin in Adelaide reported to the police about a 54-year-old man who secretly smoked in the liner's toilet.