MP Kiva: Russia's attack on Ukraine will be Zelensky's only salvation 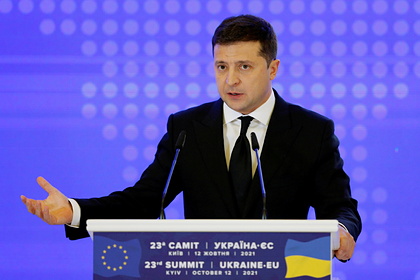 President of Ukraine Vladimir Zelensky dreams of a he drove the people to despair and cannot fix it. This opinion was expressed by Ilya Kiva, a deputy from the Opposition Platform – For Life (Opposition Platform – For Life) party, in his Telegram channel, commenting on reports about the pulling together of Russian troops to the border of the republic.

He called such a scenario the only salvation for the Ukrainian leader , because very soon “the people, who have gone berserk with hunger, poverty and cold, will tear this power to pieces.” At the same time, the parliamentarian believes that the police and military will no longer obey the authorities and protect the “comedians.” and the perpetrators will be shown on TV. He stressed that Moscow itself is not planning an invasion and is simply patiently watching the approaching end to Ukraine.

Earlier it became known that the United States is discussing the possibility of sending military advisers and weapons to Ukraine against the background of the alleged concentration of Russian troops near the border … Prior to this, US State Department spokesman Ned Price said that Washington did not know Moscow's intentions. Nevertheless, the diplomat noted that the United States is familiar with the schemes by which Russia operates.