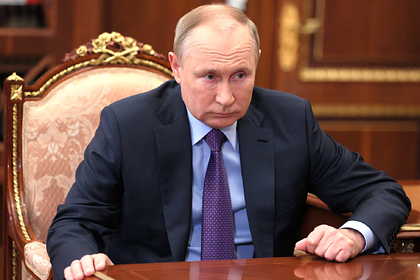 Light made a nasal vaccine. He is quoted by TASS.

The head of state specified that he tested the nasal vaccine on himself the day after the re-vaccination. “Exactly six months after the vaccination, my protective titers dropped and experts recommended a revaccination procedure, which I did a few days ago. First I gave it in the form of an injection, and the next day, after a conversation with Denis Yuryevich [Logunov], he himself gave me the second part of this procedure, namely a nasal powder, “he said.

Putin also described the vaccination procedure: the doctor filled a syringe with powder and injected it into the president's left and right nostrils. The head of state admitted that he had not experienced anything at the time of vaccination and was soon able to play sports.