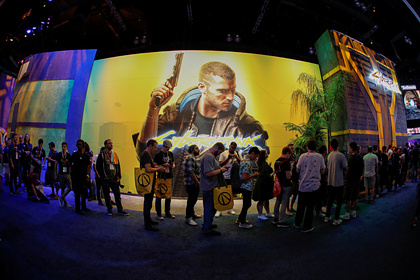 Cyberpunk 2077 quest designer Philipp Weber stated, that the problems of the game could appear, among other things, due to the variability of the gameplay. He announced this during a stream, which is recorded on Twitch.

Commenting on numerous problems with the game, Weber said on a stream of one of the developers of the title, Pawel Sasko, that there is non-linearity in the game. As an example, he cited a mission in which the main character V, along with Takemura, goes to Wakako. The gamer can get into the car to Takemura, complete the quest on his own, or even agree, but then refuse to complete the mission.

According to the quest designer, each of these decisions affects the plot of the game. Accordingly, the developers had to prescribe individual NPC actions for them, which ultimately took time. In this regard, Weber called the variability of the gameplay a possible reason for the failure of Cyberpunk 2077.

The creator of the quests noted that nonlinearity does not affect the perception of the game so much. For this reason, Weber suggested that the developers should have paid more attention to working on other more important elements.