The Pentagon has reorganized the UFO tracking group, the new structure will be called AOIMSG 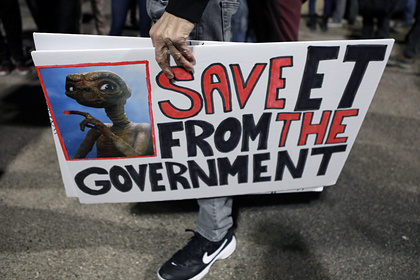 The US will start tracking UFOs in a new way: The Pentagon has reorganized working group on tracking UFOs, now there will be a new division for tracking air objects in the structure of the Ministry of Defense. This is reported by RIA Novosti.

The new structure will have a longer name: the Group for the identification and synchronization of the approach to air targets (AOIMSG).

“The group will synchronize actions in the Ministry of Defense and throughout the US government on the detection, identification and attribution of objects of interest in special airspace. It will also assess and mitigate any associated threats to aviation safety and national security, ”the message says.

Earlier in November, the director of US National Intelligence, Avril Haynes, said that the United States had recorded encounters with unidentified flying objects. According to her, experts cannot find a scientific explanation for these phenomena.

In June, US intelligence spoke about UFOs that threaten the country's national security. In the first UFO report in half a century, US national intelligence, at the request of Congress, mentioned 144 cases of alleged sightings of unidentified objects that defy explanation. At the same time, it was especially noted that some objects, “apparently, moved contrary to the known laws of aerodynamics.”