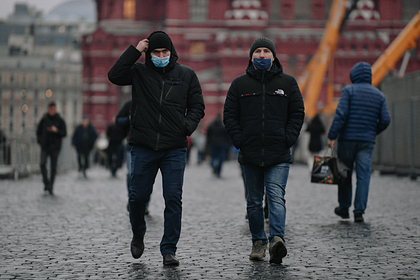 that the peak of the fourth wave of coronavirus will be on December 22, may be inaccurate. So, in an interview with Lenta.ru, the prognosis was assessed by the immunologist, Ph.D. Nikolay Kryuchkov.

He explained that the accuracy of the neural network prediction depends on the initial data of the model and on the approaches used in modeling the situation.

It is impossible not to take into account the chaotic manifestations that are always encountered in complex nonlinear systems. Therefore, it is very difficult to make such predictions, especially for the immediate future.

According to the immunologist, experts around the world are just learning to predict complex pandemics mathematically, so the accuracy of their predictions is not guaranteed. We need to see how faithfully various models will show the upcoming outbreaks of COVID-19, the specialist believes.

“Now we have such a precarious temporary balance. After that, the curve may go down, which is more likely, and up, which is less likely, “- said Kryuchkov.

He added that a new rise in incidence may occur in the second half of December or late January-early February … Moreover, it is still impossible to say exactly when this will happen, the immunologist emphasized.

Earlier, Promobot specialists, who are developing artificial intelligence for robots, using a neural network predicted the peak date of the fourth wave of COVID-19 in Russia – with a probability of 93 percent it will be on December 22. The company used multi-class classifiers based on neural networks, the most famous of which is GPT-3, presented by Elon Musk.

On November 24, in an interview with Lenta.ru, the infectious disease specialist Voznesensky said that the next jump in the incidence of coronavirus should be expected in the second half of January. The specialist emphasized that the onset of the fifth wave of infection depends on the formation of herd immunity and on how widespread vaccination will be.