Economist Koltashov: Gazprom will not tolerate non-payments by Moldova and may turn off gas 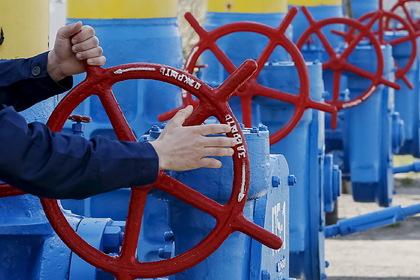 Gazprom will not tolerate non-payments by Moldova, and , most likely, will disconnect the country from gas in case of non-repayment of debt, said economist, head of the Center for Political Economic Research Vasily Koltashov. In a conversation with “Lenta.ru”, he noted that Russia went to meet her country, providing a large discount, but will not supply products for free.

On Wednesday, November 24, the deadline for the ultimatum to repay the debt, which Gazprom had previously presented to Moldova, expires. The Russian company warned the republic that 48 hours from the moment of notification of the termination of supplies would end soon, but no payment was received.

Koltashov is sure: Gazprom will indeed disconnect Moldova from gas in case of non-payment of debt … This, he said, should demonstrate that Russian companies are capable of pursuing no less decisive policy than European ones.

“If Moldova ordered something from a European supplier and didn’t pay off, they would immediately impose sanctions against it,” the economist stated. “Moreover, they traditionally work with this country on a prepaid basis: in difficult times, it was purchased with gas in Ukraine, in Europe, always paying in advance. Gazprom not only allowed it to pay for the supplies after the fact, but also made a significant discount. ”

Moreover, if Gazprom makes concessions even now, Moldova’s debts will only accumulate. It will also give an important signal to other countries that Russia is ready to tolerate non-payments, Koltashov said.

“Having a willingness to meet halfway, to give a discount, Russia should not supply its products for nothing. This is all the more important now: because in Moldova we have an openly unfriendly government hostile to Russia. It is impossible to make concessions to the state, which thanks the American administration for the discount provided by Gazprom. But the President of the Republic, Maia Sandu, thanked [US President Joe] Biden for this – it seems as if he runs Gazprom. It looked just like a mockery. Once they thanked Biden, let him give them gas, “Koltashov suggested.

Tough actions, in his opinion, are also necessary in view of the growing crisis in relations between Russia and Ukraine and Poland. The interlocutor of “Lenta.ru” suggested that if “Gazprom” currently does not remain firm, Ukraine may begin to steal gas from the pipe.

“Poland may also behave provocatively. So, by and large, to act softly, to make concessions now means provoking aggressive actions and the development of a crisis in other zones of Eastern Europe. We face a politically difficult winter, and accordingly, economic actions must be thoughtful and firm, “concluded Koltashov.

Two days ago, on November 22, the next tranche was due for payment, but Gazprom did not wait for it … In this regard, the company recalled that it softened its position on the current debt due to the difficult economic and financial situation in Moldova.