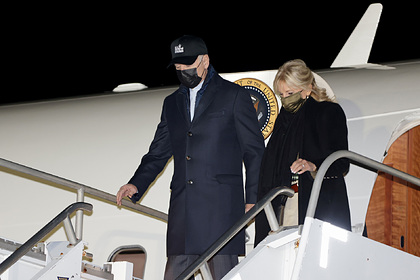 US President Joe Biden went on vacation: he left for Massachusetts five days to spend with the family and celebrate Thanksgiving. CBS Boston writes about this.

The politician has already arrived on the island of Nantucket on November 23, where he will spend his free time. According to the schedule, he has no public events scheduled until Sunday.

As noted by RIA Novosti, the president's plans for the holidays drew criticism among Americans. So, during a briefing, White House press secretary Jen Psaki was asked how Biden was going to “explain his vacation among billionaires,” because it is taking place against the backdrop of a significant rise in food prices. For example, the average cost of a Thanksgiving gala dinner has increased by 14 percent compared to last year.

Psaki replied that the president also has the right to spend time with loved ones, and that he will fight to reduce inflation even during the holidays

Thanksgiving is traditionally celebrated on the fourth Thursday in November.