Potato prices in Belarus turned out to be higher than in Russia, Poland and Ukraine 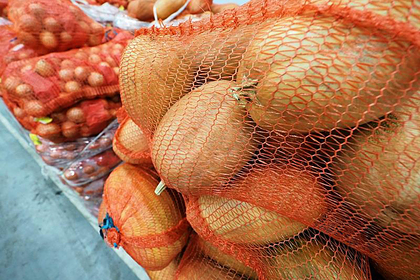 Potato prices in Belarus since the beginning of the year, according to official statistics rose 60 percent. Because of this, in terms of the cost of the product on the domestic market, the republic has overtaken all its neighbors. Zerkalo writes about this with reference to its own calculations.

For this, the publication compared the cost of potatoes in delivery services of different countries. In Belarus, in terms of Russian rubles, the range of the lowest prices is from 37.8 rubles to 56.11 rubles per kilogram. We are talking only about local varieties.

In Ukraine, in one of the delivery services, second-class potatoes can be bought for three rubles per kilogram, ordinary – at 23.3 rubles. In Russia, journalists found potatoes in one of the federal networks at 37 rubles per kilogram. In the countries of the European Union, the product also turned out to be cheaper. So, in Poland you can order delivery of potatoes for 28 rubles, in Lithuania – 32.5 rubles, in Latvia – 37.2 rubles.

At the end of September it became known that Belarus for the first time in its history began to buy potatoes even during harvest. The main exporter to the neighboring republic was Ukraine. In total, at that time, imports grew by 40 percent in annual terms.

In mid-August, a sharp increase in the supply of potatoes from Belarus to Russia was reported – from 8.3 thousand tons a year ago to 94.3 thousand tons … The reason for this dynamics was the breakdown of ties with other partners, since the total export of the product decreased by 3.5 times in the first seven months of the year.