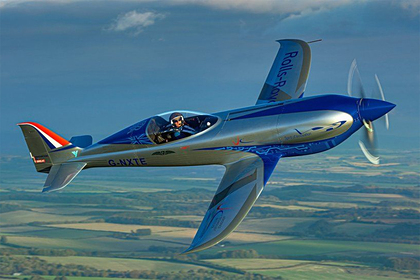 Rolls-Royce is the fastest electric vehicle in the world. This is reported on the company's website.

Representatives of the company noted that after recent flight tests, their aircraft Spirit of Innovation (“Spirit of innovation”) can be called the fastest electric transport in the world. The plane managed to accelerate to a speed of 623 kilometers per hour.

The company also said that Spirit of Innovation set two more world records. The aircraft reached a top speed of 555.9 kilometers per hour at a distance of three kilometers. The aircraft also climbed to an altitude of over 3000 meters in 202 seconds, breaking the previous world record by 60 seconds.

“The development supports our ambition to provide the technological breakthroughs society needs to decarbonize transport by air, land and sea. “- said in a press release.

In October, the head of Tesla and SpaceX Elon Musk spoke about the desire to create a supersonic electric plane. However, the entrepreneur stressed that at the moment he is not able to allocate time for this development.