Ukrainian Armed Forces: two Ukrainian servicemen were injured as a result of shelling from the DPR in Donbass 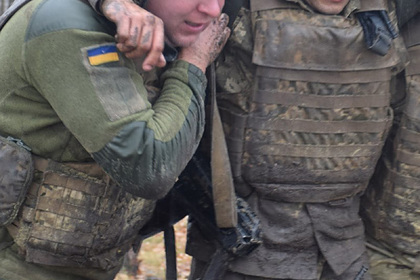 In the Luhansk People's Republics (DPR and LPR), two servicemen of the Armed Forces of Ukraine (AFU) were wounded, one of them is in serious condition. The headquarters of the Joint Forces Operation (JF) reports this on its Facebook page.

According to the command, over the past day, the militia violated the ceasefire seven times, of which three times – with the use of weapons prohibited by the Minsk agreements .

“We have nowhere to retreat” Donbass and the protection of Russians in Ukraine00: 02 – October 7

“The crisis will come by spring” Zelensky gets rid of political competitors. Why won't this help him to retain power? mortars of 82 mm and 120 mm caliber.

At the same time, the DPR representation in the Joint Center for the Control and Coordination of the Ceasefire the use of various mortars and grenade launchers.

Earlier, Russian President Vladimir Putin, in a telephone conversation with Italian Prime Minister Mario Draghi, accused Kiev of provocations in Donbass. He stressed that Ukraine refuses to fulfill the Minsk agreements and the agreements of the “Normandy Four” and continues to use prohibited weapons in the region.