Mash: in Perm the bailiffs tried to forcefully evict a veteran from the house after deceiving realtors 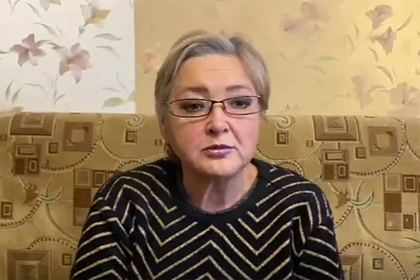 A 93-year-old female veteran of the Great Patriotic War, writes Mash in his Telegram channel. Neighbors prevented the enforcement of the court's decision by guarding their property.

The injured Khalida Chuganayeva lives in an apartment with her daughter, Nariza Bashkaeva, and her grandson. According to the newspaper “Argumenty i Fakty”, for the first time the bailiffs tried to deprive them of their homes on November 19. “They drilled out the lock, illegally got into the apartment and walked here like at home, treated me like a criminal, they didn't even let me close the door to the toilet,” Nariza Bashkaeva told the newspaper reporter. Neighbors and human rights activists helped the veteran's family to defend the apartment.

Nariza Bashkaeva tried to sell the occupied housing in 2018, but her real estate was illegally seized by black realtors. Under a fictitious agreement, Bashkaeva was supposed to receive 2.7 million rubles for the apartment, but the deceivers gave her only 400 thousand rubles. After that, a lengthy trial began.

The Department of the Federal Bailiff Service in the Perm Territory explained that the bailiffs received executive documents from the district court for eviction, since the property no longer belongs to the tenants. The department added that the bailiffs knew that a war veteran lived in the apartment, and agreed with the Ministry of Social Development of the Perm Territory to place the pensioner in a social institution.

In November, it became known that the administration of the city of Chelyabinsk was trying to evict employees from service apartments local police. One of the precinct police officers, Yana Kirillova, went on a hunger strike until the housing issue was resolved. The Chelyabinsk City Hall has been suing a group of police officers since the summer of 2021.