Professor Denis: NATO may use the Rapid Reaction Force over Ukraine 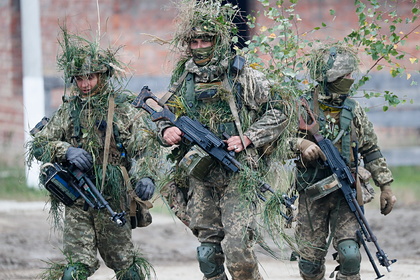 John Denis, Professor, Institute for Strategic Studies, US Army War College, column for Defense News he spoke about the likely actions of NATO in the event of Russia's “invasion” of Ukraine.

The expert is sure that if the Russian military crosses the state borders of Ukraine, formations will be sent to Estonia, Latvia, Lithuania, Poland and Romania The NATO Rapid Reaction Force, which “would calm down the populations of these countries, would mean solidarity for the entire alliance and strengthen security in the east.”

According to Denis, a 5,000-man central multinational brigade could be deployed in less than 48 hours.

“If Russia invades [Ukraine], the West’s response must develop along economic, diplomatic and military lines, including reducing Moscow’s access to international finance, the use of strategic oil reserves to reduce the demand for Russian energy and permission to supply Western weapons to Kiev, “the publication says.

In November, the Military Times, citing a statement from the head of the Main Intelligence Directorate (GUR) Ministry of Defense of Ukraine Kirill Budanov reported that Kiev first used the American portable anti-tank missile systems FGM-148 Javelin in Donbass.

In February, Defense News, referring to the statement General Anders Persson, wrote that the Finnish Air Force should purchase the fourth generation JAS 39 Gripen fighters from the Swedish company Saab AB, because in the event of a war with Russia, “the more vulnerable Finnish air fleet could retreat west to bases in neighboring Sweden, which would be easier to implement when two countries have JAS 39 Gripen at once. “