Jen Psaki on sending military advisers to Ukraine: there is nothing to announce in this regard 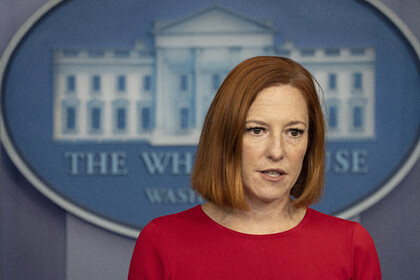 “I have nothing to announce to you on this score,” Psaki said.

Earlier, the administration of US President Joe Biden was discussing the possibility of sending military advisers and weapons to Ukraine amid an alleged concentration of Russian troops near the border, CNN reported. The aid package could include Javelin anti-tank missiles, mortars, and air defense systems such as Stinger missiles. At the same time, it is noted that there is another position in the administration, according to which the dispatch of advisers can be regarded by Moscow as an escalation.

In turn, the Minister of Defense of Ukraine Oleksiy Reznikov announced the plan of the country's partners to act proactively in the event of “ military aggression “of Russia. According to him, this applies to political and economic steps, including some assistance to Ukraine.