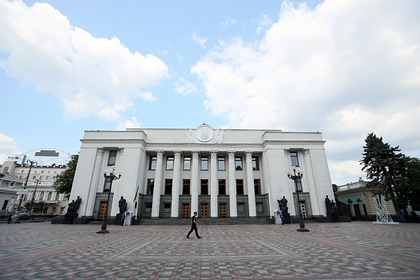 The Verkhovna Rada has registered a bill to extend the special status of Donetsk and Lugansk regions … This is stated on the website of the Ukrainian parliament.

The initiative was supported by 33 deputies, most of them represent the pro-presidential faction “Servant of the People”.

The law on the peculiarities of self-government in Donbass was adopted in September 2014 on the initiative of the former President of Ukraine Petro Poroshenko after parts of the Donetsk and Luhansk regions proclaimed independence after the change of the central government in the country. The document provides for an amnesty for participants in an armed conflict, the ability to use the Russian language in local self-government bodies, the participation of local authorities in the appointment of heads of prosecutors and courts, as well as special state support for the restoration of industry and infrastructure.

However, since then the law was never applied. The document states that certain areas of Donbass, not controlled by Kiev, will be endowed with a special status only after local elections are held in accordance with the laws of Ukraine and under the control of international observers. However, the elections never took place, and the special status for the self-proclaimed DPR and LPR remained on paper.

On November 18, Russian Foreign Minister Sergei Lavrov announced that Russia would take part in the Normandy Four negotiations only after how Ukraine will fulfill its obligations assumed under the Minsk agreements. In particular, certain areas of Donetsk and Luhansk regions should be endowed with a special status, which will be spelled out in the Constitution of Ukraine.