In the New Year, the Krasnodar Territory plans to receive about 400 thousand tourists 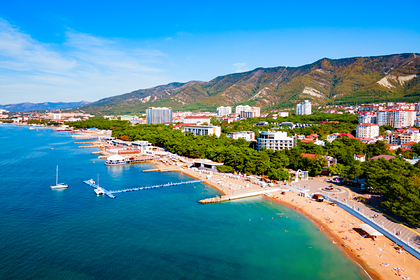 In the coming New Year holidays, the Krasnodar Territory plans to receive about 400 thousand tourists. KP.RU writes about this.

Experts noted that there is now a shortage of available rooms in four and five-star hotels. Russians are massively booking hotels in Sochi, Anapa and Gelendzhik with check-in in late December.

“Apartments and suites have been booked for the New Year holidays. Remained standard and premium “, – specified in the accommodation service of one of the hotels.

In addition, tourists are offered New Year's all-inclusive tours, which take into account the festive banquet on December 31 – prices fluctuate around 120 thousand rubles.

The Sochi administration added that by the end of the year, the workload in the ski cluster will be 80-90 percent. Now this figure has reached 70 percent.

Earlier in November, prices for accommodation in the Krasnaya Polyana resort in December became known. In four and five-star hotels, you can book a room for the first days of December for an average of 7.5 thousand rubles. At the same time, closer to the New Year, prices will rise to 33 thousand. Renting a three-room apartment five kilometers from the resort will cost 15 thousand rubles.