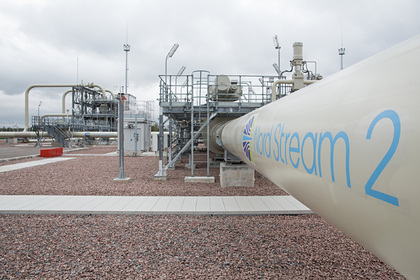 Sanctions against the company and two vessels related Nord Stream-2 ”will not stop the gas pipeline launch in any way. This is how economist Andrei Kolganov reacted to the message about the introduction of restrictions by the United States against Transadria Ltd and the ship “Marlin” owned by it. In a conversation with Lenta.ru, he added that this American gesture is purely symbolic.

The United States is imposing sanctions against two ships and one company that are involved in the implementation of the Nord Stream 2 gas pipeline project. This was stated by Secretary of State Anthony Blinken.

Kolganov recalled that the laying of the gas pipeline has already been fully completed, now only the process of certification and debugging of equipment is underway.

stream-2 “will not change anything. These are purely symbolic gestures designed to demonstrate that American politicians are doing everything to prevent Russia from entering the European continent. Of course, this will not be very pleasant for the companies themselves – the circle of partners with whom they can work will be limited. But the gas pipeline itself cannot be stopped, “the economist is sure.

On November 16, the German Federal Network Agency (BNetzA) suspended the certification of Nord Stream 2. The regulator wants to wait for the project operator, Swiss Nord Stream 2 AG, to create an independent subsidiary in Germany, which will transfer all assets and rights in the country.