Bundestag deputy Jan Nolte: US intends to weaken ties between Russia and the European Union 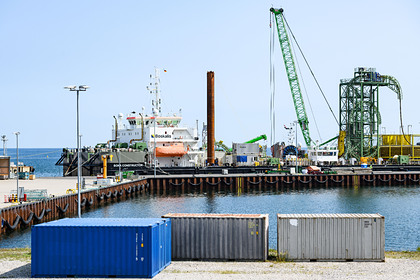 New US sanctions against the Nord Stream 2 gas pipeline are needed to weaken ties between Russia and the European Union. This is how Bundestag deputy from the Alternative for Germany (AfD) party Jan Nolte explained to Izvestia the intentions of the American administration.

Gazprom and the European Union cannot agree on gas supplies and prices. What threatens Russia in a few years?

The politician noted that the measures taken by the United States will not have a significant impact on the commissioning of the project. According to Nolte, the greatest danger comes from opponents within the union itself. He drew attention to the fact that the European Commission can postpone the approval of the project for four months, using the time provided for its consideration.

US Secretary of State Anthony Blinken announced the new sanctions. The measures will affect the company Transadria Ltd, which participates in the implementation of the Nord Stream-2 project, and the ship “Marlin” owned by it. Blinken did not specify the name of another vessel that fell under the sanctions. At the same time, the United States made an exception and did not impose sanctions against the German vessel associated with the construction of the gas pipeline.

According to Deputy Director General of the National Energy Security Fund (NESF) Alexei Grivach, Washington is introducing new sanctions due to bureaucratic inertia. According to the expert, the American administration is under pressure from lobbyists and imposes sanctions against individual courts every quarter in order, on the one hand, to adhere to agreements with Germany, and on the other, to demonstrate adherence to the policy of sanctions.